Last Monday I interviewed Teemu Arina in his Helsinki office. He is founder and CEO of Dicole Oy, who lives in Helsinki Finland. Teemu is not only CEO but also a professional speaker, author, and management consultant.

Teemu Arina: I am CEO of meetin.gs. There we have a look at how to organize meetings and how to design the process of the meeting. However, I am also focussing on the intersection of humans and machines. I want to know how to push the boundaries. I analyze the future of work, learning and health care. I always ask myself how we relate to technology to the human body. 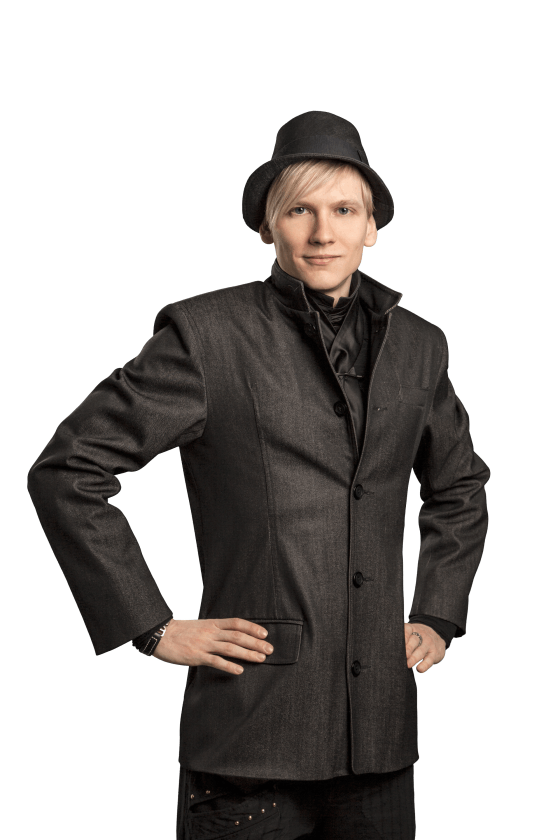 To many people, I am a CEO, author, trendsetter or futurist. For some people, I am simply a technologist. Actually, I am a programmer. Therefore, I understand systems on a deeper level. I was a teacher at high schools and a university teacher – although I do not even have a university degree. People always try to categorize people by their education. In my opinion, it is just a formal way of looking at things. I want to apply my knowledge. For the work I am doing it is not necessary to have a diploma. Of course, if you want to become a doctor you need it, but Einstein also did not graduate. I realized really early what I want to do. Therefore, I am not a dropout. This sounds harsh. I am now 31 and my CV is so long that it does not make any sense anymore to study. It is important to apply what you know. In the end, it just counts that you have built something.

Society 3.0: A new book of yours is coming out soon. What is it about?

Teemu Arina: In the last 10 years sleeping problems have increased as one of the dominant psychological problems. In addition to feeling tired, there is also the lack of motivation. One of the reasons for that is that we sit too much. TVs and cell phones are other aspects. In comparison to the earlier days, the screens are better now. Still, the brightness is much stronger and those screens tell our body that it is day all the time. Therefore, you should avoid computer screens one hour before going to sleep. The artificial lights harm our biological clock.

The human being has a complex system, which you can hack. In a kind of way, you can even cheat on it. You can increase the productivity as well as the likelihood of living longer. Therefore, it is important that we use technology to gather this information. Soon my new book will be published, which is targeted at every one of us. How you can upgrade your sleep and how you can get what you are trying to achieve are just some topics of the book. It is based simply on science. With this book, we are trying to find out what works best for you. I worked together with a medical doctor and a nutritionist. We already have 7000 pre-orders and it will be released in Finnish and English. The book is called biohacker handbook and will be published around Christmas this year.

Teemu Arina: Whereas Ronald van den Hoff is talking about the changes in working life and about the fact that people are free agents (and about how to find perfect platforms to connect those people); I am trying to look into changing people’s patterns. What kind of diet you need to have to work in an optimal way for example. We are not meant to sit 8h in front of the computer. This is something that increases your risk for heart diseases. I want to find out how you can perform best in this environment, in this Society 3.0.

Society 3.0: How would you describe the current change in our society?

Teemu Arina: We are homo sapiens. What separates us from the other species in nature is that we know how to make use of technology. Starting from using weapons and tools to gather food, communicate with different languages and to understand abstract concepts. We know how to use technologies to our advantage.

In the early industrial revolution, Luddites existed. When people were against new developments because they thought it is alienating the human from nature. Today there are actually two lines regarding this. The first one is the line of empire. This when you cross a line and a lot of people from the past are against the new. It is against their interest and profession. They have the feeling that they are replaced. Same what happens to the media companies and the music industry right now. It includes people who are against that change.

The other line is the line of no return. This means that we cannot go back. One example is when we moved from sails to steam engines. If we would go back now to the nostalgic method, millions of people would die of hunger.

Society 3.0: What effects do these changes in technology have on our society?

Teemu Arina: If we take Maslow’s hierarchy of needs. Self-expression is on the top of the pyramid. All our other needs are fulfilled, but basically, we are bored. In third world countries, people have to think every day from where they get their food and how to get shelter. For us, it is just important to get entertainment. In a way, technology has freed us. Now we have washing machines and frozen foods from the supermarket. This frees a lot of time for other activities. But people use the surplus of free time for entertaining themselves. To me, it is important to find a way to use my time proactive. In the time of the industrial revolution in London people met in coffee shops. There they entertained themselves with beverages and there they spend their free time. In our society, we spend this time on Facebook. If we would only use 1% during the free time to create something new we would have 100 new Wikipedias.

People say that they do not watch television. Instead, they are watching cat videos, which is another form of watching TV. YouTube is great because you can educate yourself. The idea of blogging is nice as well. However, if people use it just as a diary of life and not for important topics on a deep level the sense gets lost.

Society 3.0: But if everybody is able to do everything – doesn’t it have a negative impact on the society?

Teemu Arina: Critiques of this knowledge-based society is to think about who is still responsible for services if so many people tend to become entrepreneurs. Obviously, these professions will still exist, there are just more effective and different approaches. We will become more digital. If we take 3D printing as an example you can produce your ideas right now at that moment. It is not necessary to ship them from China to Europe. You just need to have the idea of the project and print it out at home. Everyone can express his or her own ideas. Everything will become more efficient.

Society 3.0: What do you think are changes that Finland can expect in future?

Teemu Arina: If we look at other countries we can say that Finland is a very isolated country. We have a couple of neighboring countries, but we also have a sea in between. We have dark winter nights and a large area with a small population. This also means that we have to live with long distances. After a while, it was clear that we had to invest in technologies. It did not come by accident. In the beginning, we had phones in the local post offices. Then we had mobile phones. This is how Nokia was created.

Finns are trusted business partners around the world. We are a country with a high and advanced level of technology. Besides that, we have a good educational system. We do not have the advantages as other countries have such as the Netherlands. We do not have a central harbor or a big airport. But we have the gaming industry, which is growing rapidly. Also, Finnish furniture design is very well known in the rest of the world. We also have a good infrastructure. Even if there is snow the trains are still going. This is something that we can offer to other countries.

Hereby I would like Teemu Arina for his time and the great interview!

For more information go on