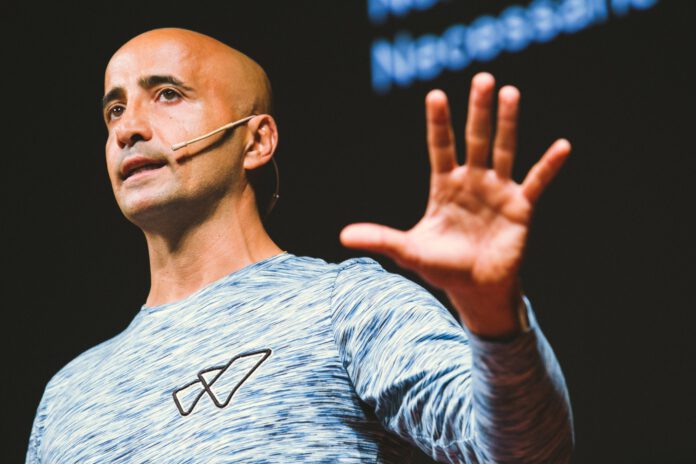 How to meet the needs of billions of people who still lack access to basic, modern energy services while simultaneously participating in a global transition to clean, low-carbon energy system? We talked to Marco A. Attisani, WEO & Founder of Watly, who seems to have found a solution to this problem.

Society 3.0: Tell us something about you. What is your background?

Attisani: Put simply, I am a human. However, I have realized that being simply a human is not enough in the 21st Century. We as humans have continually proven to be two sides of a coin; destructive yet productive, exploitative yet righteous. We are therefore limited, and as such, I am a simple human searching towards becoming something else. My primary ambition is to overcome such limitations and transcend in nature.

My upbringing shaped and drove me towards my ambition. I was born in Brazil to an extremely low-income family and was adopted at the age of 11 and moved to Italy. This new family provided me with a socio-economic opportunity that I would never have received back in Brazil. I started going to school, studying and beginning my path towards my inevitable future. In 2012, I realized that I was misinterpreting my life based on those around me. Therefore, instead of pursuing social success based on wealth, I decided to reflect upon myself and aim for more significant pursuits. I did not care for making money, instead, I wanted to change the world for the better. I feel this question is shallow at times, as everybody is pretending, though what are they really doing to change the world? I feel that this is a question to which I have found an answer.

Essentially, Watly is a thermodynamic computer station that utilizes solar energy to power itself and provides multiple services to end users. In short, its primary use is to purify water from bacterial, viral, fungal, and parasitic contamination. Different workstations are integrated into Watly, with the ability to provide sustainable energy, access the internet, 3D print, and have recharge stations.

One Watly is a standalone unit that can provide services to thousands of people. One or two more Watlys become a network, which is called the Energynet, a new smart grid that will empower Internet. This network generates its electricity in a localized manner rather than a centralized one.

How big is a Watly?

At the moment, each Watly unit is roughly 40 meters long and 30 meters wide. However, this is just in the present. We envisage that smaller and larger units will be available.

How did you come up with the idea?

Since 2007 I have been working in the renewable energy sector. That is 11 years, and although it seems like an insignificant amount of time, one should remember that renewable energies sector is relatively new, only really picking up the pace and expanding in 2008. By working within this sector, you suddenly realize that you can provide sustainable energy by harnessing the power of one of greatest natural resources, the sun. This negates the need for our continual reliance on non-renewable resources such as coal and oil, which also heavily burden the environment. This is the experience I have accumulated over the years. Five years ago, I realized that the combination of solar energy and water can assist in solving much of the problems that face the energy sector. In essence, we can extract energy from water and purify the water by using solar power. This is something that is going to happen: the establishment of a new kind of way to generate electricity and to clean water simultaneously.

We currently live in systems that are centralized. In the future, every single fundamental service will be generated by using a localized infrastructure. Call it as you wish, but this is going to happen. So, I am embracing something that has already been theorized by others, e.g., Jeremy Rifkin, Ray Kurzweil, Elon Musk, etc. Those people see the future.

What barriers did you face when you first presented your business plan?

Watly is designed as infrastructural solution ideally for developing countries that would decrease health burdens, provide energy and increase education. It is therefore difficult to convey the importance of clean water, renewable energy, and enhanced connectivity to western societies and investors. As such we are still basically starting up, even 5 years into our formation.

How exactly are you involved in the European Commission’s Horizon 2020 program?

This was fundamental. This was one of the most important achievements of our company. The moment when the European Commission understood our enormous potential and believed in us, allowing us to be where we are today. We made a significant step forward thanks to this opportunity and thank immensely the European Commission’s Horizon 2020 program. Otherwise, more than likely we would not be here today.

Where do you see the concept of Watly in 5-10 years from now?

I have envisaged two potential scenarios, either:
1. We shall be a complete failure meaning that I completely misunderstood the world as it is.
2. We will become the next Apple.

By becoming Apple, I do not aim at achieving the same set of values this company represents but rather the technology and eloquent design. Watly targets people that have been “cut off” by the 21st century, and since Watly is right now focusing on the emerging economies, I would like to say that we want to become the Apple of these countries. I will not be selling phones to people; instead, I will provide to communities around the world a new kind of machines: thermodynamic computers. I call it “a new revolution.”

I am not trying to create a new brand. In my opinion, the brand era is over. Instead, I am originating an ideology – a techno-philosophy – a way of living where technology merges with nature. You can be Watly without having Watly.

What do you tell people that are still “stuck” in the past and do not want to embrace the disruption that is currently happening?

If somebody does not want to embrace it, it is most likely because they do not know how or what to embrace. The world has to understand that by allowing us all to thrive towards a future, we will as a civilization benefit. Leaving 5 billion people behind is not the key, such an egocentric approach has to change. We will inevitably destroy ourselves if we leave others behind. Finally, we should remember that money is a tool – it should not be the goal.

How Neuromarketing Will Change The Way We Do Traditional Marketing

Hotels: Boxes Filled with People or a Perfect Ground for New Opportunities?