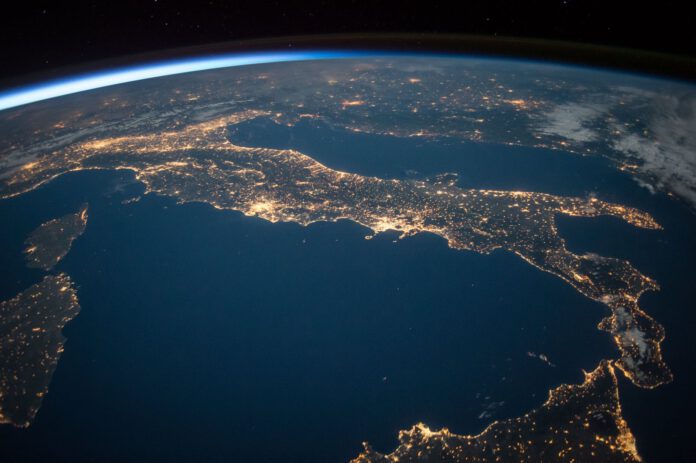 MESH Cities mission is to help designers and civic leaders build the cities of tomorrow, today. Their “Future-Proofing” strategic consulting services help cities become smarter, more energy efficient, and economically competitive in a blockchain-secured world. Back in 2013, we had the opportunity to interview Robert Ouellette, Founder of MESH Cities.

Society 3.0: When did you get the idea for MESH cities?

Robert Ouellette: The genesis of MESH Cities begins with my commitment to follow Buckminster Fuller’s mid-20th C. advice on how to improve the world.  Doing more with less is at the core of good design. Ask Mies van der Rohe. The desire to learn anticipatory design skills and develop a small world, a global vision led me to explore aviation, architecture, urban design, and digital technology. In that pursuit I helped sell the first production Q300 aircraft, now one of the most successful aircraft types ever. My art, architecture, and urban design work has influenced the development of some of the world’s most liveable cities. As a digital entrepreneur in collaboration with Apple, I developed the first city exploration system that predated Google’s Street Views. With Sony, Motorola, and Levis Strauss as clients, I Directed one of the world’s first social networking sites that also helped launch the early careers of the Black Eyed Peas.

All of which is to say that MESH Cities is part of a continuum of research going back to my youth. The common thread linking these activities is the desire to design environments and services that are both a pleasure to use and environmentally friendly.

What did you hope to achieve with the concept?

When I started exploring the ideas for MESH Cities William Gibson’s now well-worn phrase, “The future has arrived, it is just not evenly distributed,” helped give form to the service we would offer. Cities everywhere share similar challenges. Why not identify new technologies and best practice problem solving and make that information accessible to ask many people as possible? That’s why we have both an information site as well as a solution mapping site (see www.meshcities.com and maps.meshcities.com) – we also have an iPhone App.

What makes MESH Cities so special?

MESH Cities is not business as usual for cities facing the challenges of population growth, climate change, peak oil, etc. We are trying to disrupt municipal management methods many of which have grown complacent as the result of highly successful but now increasingly obsolete civil engineering systems of the 19th and 20th C. We ask the question, “What tools do city managers and politicians need to make their places succeed?”

What is your advice for young entrepreneurs and start-ups?

That’s too big a question to answer quickly, but there are some basic guidelines worth following. First, identify a need. Second, make sure your product satisfies that need and can be monetized. Third, be prepared to work hard and wait: even good ideas take time to get traction especially if there are entrenched players who don’t want to change. Fourth, “Don’t be evil” but mean it.

What do you think it the most serious change (either good or bad) in the future society?

The most significant changes will be driven by massive population growth—most of which will take place in major cities—overlapped with climate change and general environmental degradation. That challenge is also an opportunity to do more with less. In 100 years we will either live in a much more refined world with cities so beautiful they cannot be imagined, or we will be decimated. Our choice.

For more information, you can visit the MESH Cities website!