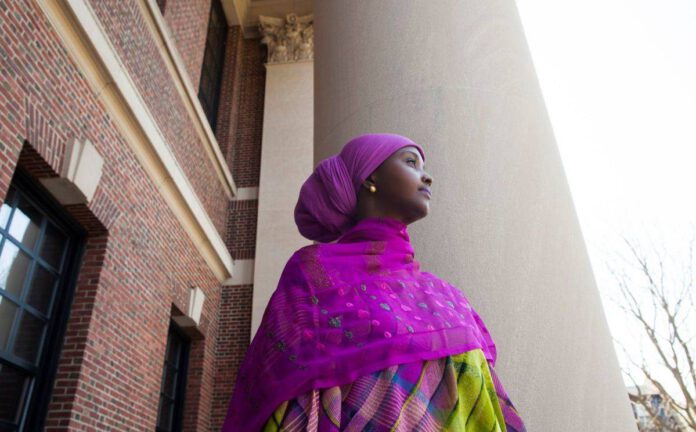 Fadumo Dayib is not a familiar name around the globe. However, it could happen soon that Fadumo Dayib becomes as well known as Angela Merkel or Theresa May. This year, Dayib is running for president in Somalia – as the first female president.

Born in Kenya to Somali parents, as a child, Fadumo Dayib was deported back to Somalia with her family. When civil war broke out shortly after that, the family was forced to leave again, ending up in Finland. At that time Dayib was 17 years old. Until today, she lives with her husband and her four children. Residing in Finland, she says, gives her many privileges she would not have had in her own country, and she wants to extend these to women and girls back home.

Dayib was not fully literate until the age of 14 but now has several degrees in international public health, including one from Harvard, and is currently a doctoral candidate at the University of Helsinki.

Fadumo Dayib is relatively young for a presidential candidate—she is only 43—but she has already been through enough to last several lifetimes. Without the corrupt electoral system in the war-torn country, the misogyny, the militia and the terrorist organization Al-Shabaab, her chances to win would not be that bad.

Even though Dayib left Somalia, she has always been committed to her home country. She participated in a UN aid project for the establishment of obstetrics clinics in Somalia and wants to create an even bigger movement now: the fight against corruption, the fight for women’s rights, and education are on her political agenda.

Dayib does not think she will win. Although the election is being touted as the first truly democratic election in Somalia since decades, the reality is different. “So what I aim to do, is to pave the way for democracy in 2020 and to ensure Somalian citizens have the right to fight and make their voice heard,” she said.