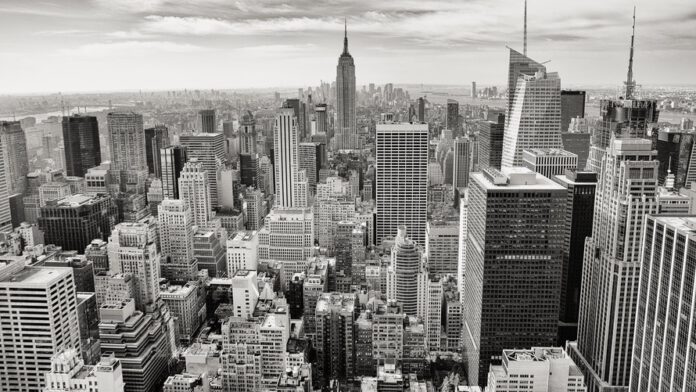 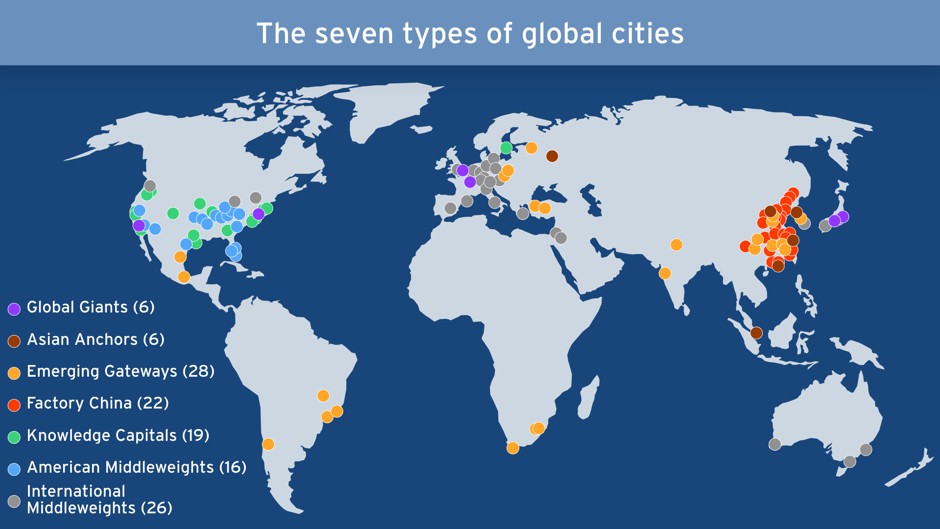 The seven types of global cities, which show the unique competitiveness, are:

• Global Giants: These are the world’s leading economic and financial centers, its leading global cities. They include the largest cities in the US (New York and Los Angeles), Japan (Tokyo and Osaka-Kobe), France (Paris), and the United Kingdom (London).

• Asian Anchors: Even though the Asian Anchors are not as wealthy as their Global Giant counterparts, they play a similar role as command centers in fast-growing Asia. Hong Kong, Singapore, Seoul-Incheon, Shanghai, Beijing, and Moscow have the ability to attract foreign direct investment, which makes them serious global power players.

• Factory China: This set includes 22 second- and third-tier Chinese cities that are manufacturing powerhouses. Even though these metros have experienced rapid growth based on export-intensive manufacturing, they remain relatively weak. According to Brookings Institution’s Metropolitan Policy Program, “they need to upgrade their human capital to effect a transition to a more balanced and service-oriented industrial structure.”

• Knowledge Capitals: These are world’s leading education and tech hubs. They include 19 cities centers such as San Jose (the Silicon Valley), Boston, Seattle, San Diego, Washington, D.C., Chicago, Austin, Dallas, Atlanta, Portland, and Denver in the U.S. and Amsterdam, Stockholm, and Zurich in Europe.

• International Middleweights: This group includes 26 mid-sized metros outside the U.S., including cities such as Melbourne, Montreal, Tel Aviv, Berlin, Vienna, Madrid, and Rome. Many of these cities are aspiring tech and knowledge hubs and serve as centers for talent, as well.

The report reveals, “There is no one way to be a global city.” Each global city or metro has the assets that enable it to compete better and prosper in the global economy.